A Wounded Name: A Tragedy 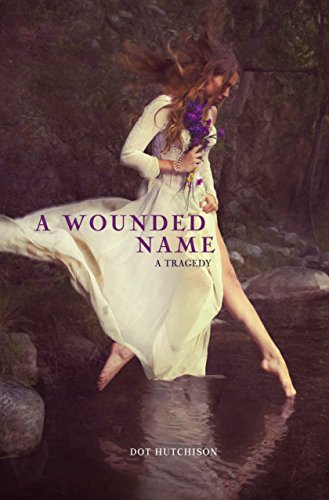 A Wounded Name: A Tragedy
Dot Hutchison
Ophelia Castellan will never be just another girl at Elsinore Academy. Seeing ghosts is not a skill prized in future society wives. Even when she takes her pills, the bean sidhe beckon, reminding her of a promise to her dead mother. Now, in the wake of the Headmaster's sudden death, the whole academy is in turmoil, and Ophelia can no longer ignore the fae. Especially once she starts seeing the Headmaster's ghosts—--two of them--—on the school grounds. Her only confidante is Dane, the Headmaster's grieving son. Yet even as she gives more of herself to him, Dane spirals toward a tragic fate—--dragging Ophelia, and the rest of Elsinore, with him. You know how this story ends. Yet even in the face of certain death, Ophelia has a choice to make—and a promise to keep.
1 Vote

Tweet
A Wounded Name: A Tragedy review by kanati

What do you do when the line between living and spirit is blurred? For Ophelia Castellan this is how life is, until her beloved Headmaster dies and throws her life into chaos. The late Headmaster's son, Dane, has come to rely on her in the wake of his father's death, and maybe even more. And that is why she can't tell him the darkest secret behind his father's death after two of his ghosts appear on campus grounds. To find out about the dark secrets lurk in the shadows of Elsinore Academy read A Wounded Name by Dot Hutchinson.