Why I Let My Hair Grow Out 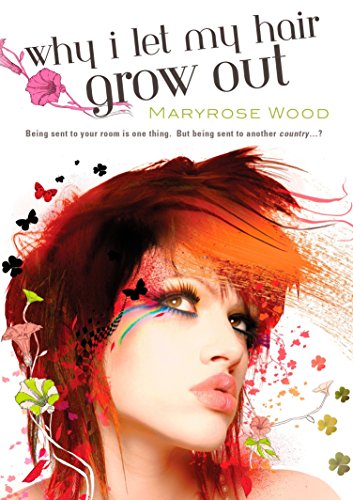 Why I Let My Hair Grow Out
Maryrose Wood
Being sent to your room is one thing. But being sent to another country? Morgan's boyfriend dumped her on the last day of school-it seemed the only thing to do was to hack off her hair and dye the stubble orange. Unfortunately, Morgan's parents freaked and decided a change of scenery would do her good. So they're sending her off on a bike tour of Ireland. But Morgan gets more than she bargained for on the Emerald Isle-including a strange journey into some crazy, once upon a time corner of the past. There, she meets fairies, weefolk, and a hunky warrior-dude named Fergus, and figures out that she's got some growing to do-and she doesn't just mean her hair.
1 Vote

Tweet
Why I Let My Hair Grow Out review by BE

Relationships can be tricky at best and are especially complicated for high school Morgan whose boyfriend Raphael breaks up with her just before summer vacation. She responded as any heart-broken teenager would; she cut off more than twenty-four inches ofd her strawberry blonde hair, leaving only stubble. Her parents decided a change of scenery was in order and sent her on a bicycle trip through Ireland, the land of leprechauns and magic stories. They had not counted on time travel as part of the adventure, but it was.