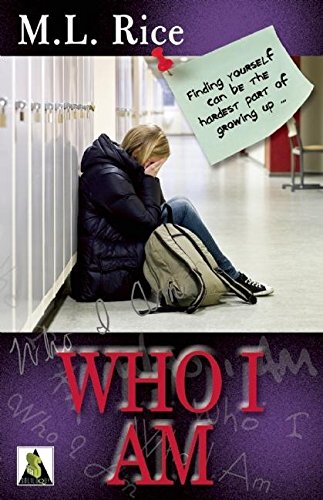 Who Am I
M.L. Rice
Discovering who you are is the hardest part of growing up. Devin Kelly is an Air Force brat, band nerd, bookworm, and loner. After the untimely death of her father, she and her mother move to Los Angeles to start a new life. Devin is welcomed to her new school by an arrogant bully named Jason who promises to make the rest of her senior year miserable. Things turn around, however, when a beautiful and intelligent young woman named Melanie Parker, who happens to be Jason’s sister, comes to her rescue. As the relationship between Devin and Melanie grows, Devin finds herself becoming more and more drawn to her new friend’s vivacious spirit. It’s not until an unpleasant confrontation with Jason that Devin must admit to herself that her feelings for Melanie are far more than platonic.
1 Vote

Who I Am, by M.L. Rice, tells the story of high school senior Devin Kelly. Devin, who never was really able to make friends, becomes very close to Melanie Parker, who she meets the first day of school. Throughout the story Devin realizes she is has more than just friendly feelings for Melanie. She is unsure what to do, it hurts her to have to pretend she feels differently, but does not want to risk their friendship. On top of everything else Melanie's twin brother bullies Devin and wants her to stay away from Melanie. She has to make many very hard decisions throughout the story.