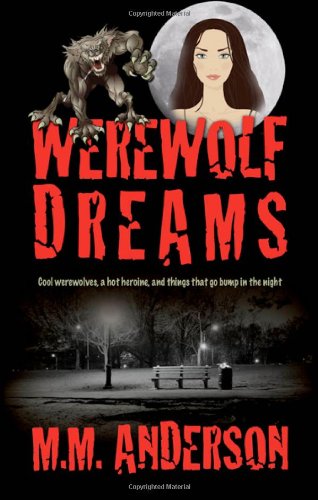 Werewolf Dreams
M. M. Anderson
Seamus Sullivan never asked to be turned into a werewolf. He also never thought about embarking on a career as a New City police officer. However, Seamus s life detours onto an unexpected path when his childhood dream of becoming middleweight boxing champion of the world is abruptly dashed by the jaws of a frothing lupus, stationed to guard the gates of darkness, deep beneath the bowels of Midtown Gardens Park. One chomp to the heart and seventeen-year-old Seamus is forever ushered into the weird and wacky world of the undead. No training or manual provided. Fast forward the clock five years. With the assistance of his boss and self-appointed police sergeant guardian, Officer Seamus Sullivan is doing OK in his odd earthly afterlife, as long as he controls his Irish temper and adheres to lunar calendar work scheduling full moon days off , blue moon vacation time, and peaceful park duty. But OK becomes a KO when Seamus finally meets and falls paws over heels for the mysterious phantom woman who s been appearing at his werewolf kills. Happily ever after? If only undead were that simple add to the macabre mayhem a cast of unforgettable characters: Claudia the feisty, bright and beautiful teenage Cuban clairvoyant, Claudia's baseball Bomber brother, a moldy reporter, a vengeful mama, a questionable priest, a zombie mayor, a gaggle of ghosts, a president s son, and a Confucius groupie. Put them all together and what do you get? You get WEREWOLF DREAMS, a farcely funny journey to the Darkside and back.
1 Vote

Werewolf Dreams is a book about a teenage werewolf, named Seamus Sullivan, who spends his life dedicated to the New City police force. Seamus takes many risks as a police officer, seeing as he's really a werewolf and not just your every day cop. But all is not well, Someone is onto Seamus and his furry little secret. Lyman Newlin a previously famous reporter for the New City Chronicle has written an article about Seamus questioning how he can time and time again escape from danger unharmed.