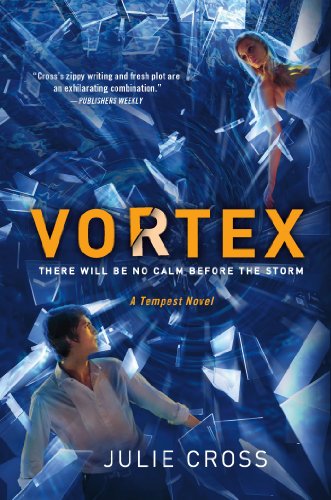 Vortex
Julie Cross
Julie Cross's Vortex is the thrilling second installment of the Tempest series, in which the world hangs in the balance as a lovelorn Jackson must choose who to saveJackson Meyer has thrown himself into his role as an agent for Tempest, the shadowy division of the CIA that handles all time-travel-related threats. Despite his heartbreak at losing the love of his life, Jackson has proved himself to be an excellent agent. However, after an accidental run in with Holly―the girl he altered history to save―Jackson is once again reminded of what he's lost. And when Eyewall, an opposing division of the CIA, emerges, Jackson and his fellow agents not only find themselves under attack, but Jackson begins to discover that the world around him has changed and someone knows about his erased relationship with Holly, putting both their lives at risk all over again.
1 Vote

In this sequel to the novel Tempest, Jackson has found a new life with the CIA. Due to his time traveling, he has seen what will happen in the future and needs to stop the danger that is soon to come. The one thing that Jackson needs to learn is how to let go of his girlfriend, Holly. You will meet new people and go on thrilling adventures as Julie Cross takes you on a wild ride across different timelines and puts you in the middle of exciting events!