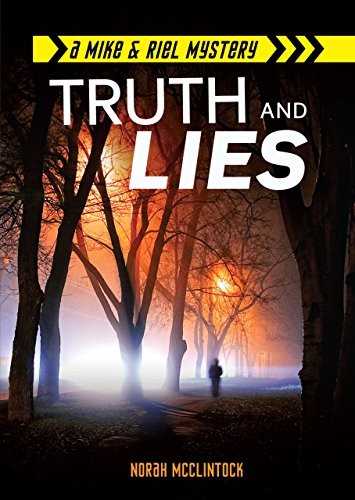 Truth and Lies
Norah McClintock
Mike's lies are spinning out of control and now he's the prime suspect in a murder. He can't explain his bruised and skinned knuckles, and he can't explain why he was seen near the park where Robbie was killed. But he insists he's not a murderer. Still, if Mike really is innocent, why doesn't his alibi check out, and why are the police so sure that he's guilty?
1 Vote

Mike, a normal student attending high school discovers the death of a fellow classmate.  Robbie Ducharme, a nerdy kid in his math class, has been brutally kicked to death in the park. Riel, Mike’s foster parent, is worried that Mike had something to do with the death, but Mike keeps telling him that he was not the murderer. Nonetheless, Mike finds out that all the signs and clues point towards him. Mike feels afraid that someone might be setting him up for a crime he never committed.