The True Adventures of Nicolo Zen 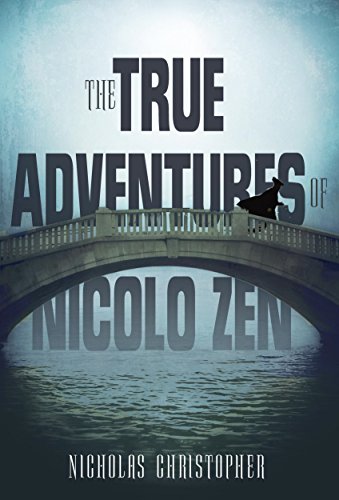 The True Adventures of Nicolo Zen
Nicholas Christopher
A richly detailed historical novel from master storyteller Nicholas Christopher that School Library Journal calls “[A] lush tale of music, magic, and intrigue”!   Nicolò Zen is all alone in 1700s Venice, save for his clarinet, which a mysterious magician had enchanted, allowing its first player to perform expertly. Soon Nicolò is a famous virtuoso, wealthy beyond his dreams, but he can’t stop wondering if he earned the success himself—or what might happen if the spell were removed. And throughout it all, he continues to think about the girl he met in Venice, what she might be doing and if she’s safe from harm.  With a guest appearance by composer Vivaldi, and brimming with fascinating period details, this is a compelling coming-of-age story full of universal themes and a love story that will conjure memories of Romeo and Juliet, perfect for teens who love stories set in other times, and a magician who dresses all in white and can be in two places at once. . . .
1 Vote

Tweet
The True Adventures of Nicolo Zen review by nowhereman

Nicolo was a normal teenager, until his family died of malaria. After they died, Nicolo had to go from his family's home into the streets of Venice. He has only one possession: a magical clarinet. Nicolo plays it in the street and is one day noticed by Luce, a manager for an orphanage of the musically gifted. There is one problem though: the orphanage is an all girls orphanage, where no boys are permitted. Nicolo decides that rather than living in the streets of Venice playing his clarinet for money that he will suck up his pride and pose as a girl.