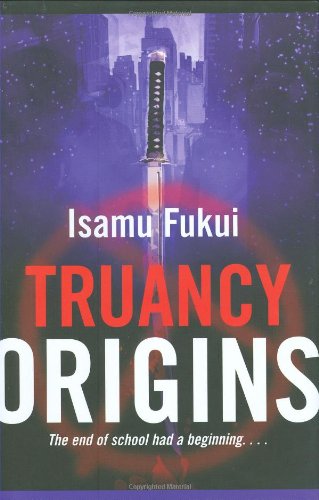 Truancy Origins
Isamu Fukui
Fifteen years ago, the Mayor of the Education City was presented with an unwelcome surprise by his superiors: twin six-month-old boys. As the Mayor reluctantly accepted the two babies, he had no way of knowing that they would change the city forever….Raised in the comfort of the Mayoral mansion, Umasi and Zen are as different as two brothers can be. Umasi is a good student; Zen an indifferent one. They love their adoptive father, but in a city where education is absolute, even he cannot keep them sheltered from the harsh realities of the school system. But when they discover that their father is responsible for their suffering, affection turns to bitterness. Umasi and Zen are thrust onto two diverging paths. One will try to destroy the City. The other will try to stop him.
2 Votes

The book, Truancy Origins was a well-written and designed book. It is about two brothers who learn of terrible things about their father. One decides to rebel against his father, and the other decides to stop him. The brothers are seemingly complete opposites, but is that really so. In this action-packed adventure book, the two boys find out their hidden talents and where their true destinies lie. However, to find the truth, you must read this wonderful book.

Truancy Origins is the prequel to another book called Truancy. This novel is about two boys (Zen and Umasi) who were adopted by the mayor of education city and the problems that come their way. Zen plans a way to take down the city after realizing that his whole life has been a joke planned by his father. After Zen runs away, Umasi goes after him to try and knock some sense into him. Umasi and Zen must choose to forget the things that they had learned about the city and their father or choose to kill, and maybe hurt many innocent people.