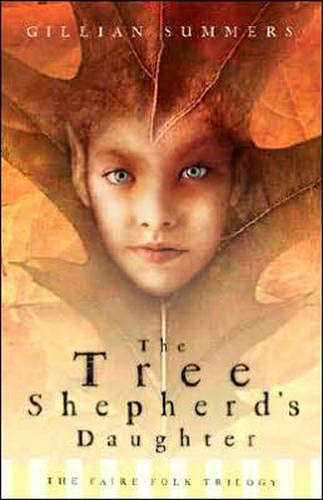 The Tree Shepherd's Daughter: The Faire Folk Trilo
Gillian Summers
When her mother dies, fifteen-year-old Keelie Heartwood is forced to leave her beloved California to live with her nomadic father at a renaissance festival in Colorado. After arriving, Keelie finds men in tights and women in trailer trash-tight bodices roaming half-drunk, calling each other lady and lord even after closing time! Playacting the Dark Ages is an L.A. girl’s worst nightmare.Keelie has a plan to ditch this medieval geekland ASAP, but while she plots, strange things start happening―eerie, yet familiar. When Keelie starts seeing fairies and communicating with trees, she uncovers a secret that links her to a community of elves. As Keelie tries to come to grips with her elfin roots, disaster strikes, and Keelie’s identity isn’t the only thing that’s threatened. One part human determination and one part elfin magic, Keelie Heartwood is a witty new heroine in a world where fantasy and reality mix with extraordinary results.
1 Vote

When fifteen-year-old Keelie Heartwood's mother dies, she is forced to leave her adored California home to live with her insane father at an unrealistic renaissance faire in Colorado. Once she and her escort Mrs. Talbot arrive they start their pursuit for Keelie's dad in the enormous faire. While searching, Keelie strays and ends up in a majestic fragranced herb shop, but before she gets to explore it, she hears the already angry Mrs. Talbot yelling for her.