Time Traveling With a Hamster 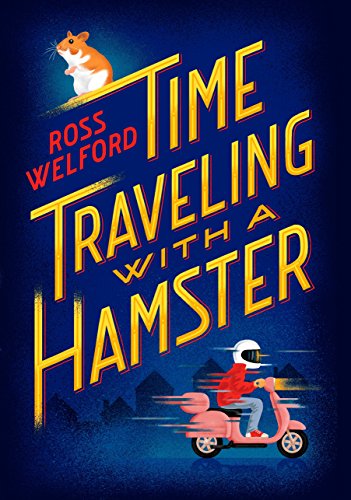 Time Traveling With a Hamster
Ross Welford
Back to the Future meets The Curious Incident of the Dog in the Night-Time in this original, poignant, race-against-time story about a boy who travels back to 1984 to save his father’s life.   My dad died twice. Once when he was thirty-nine and again four years later, when he was twelve. On his twelfth birthday, Al Chaudhury receives a letter from his dead father. It directs him to the bunker of their old house, where Al finds a time machine (an ancient computer and a tin bucket). The letter also outlines a mission: travel back to 1984 and prevent the go-kart accident that will eventually take his father’s life. But as Al soon discovers, whizzing back thirty years requires not only imagination and courage, but also lying to your mom, stealing a moped, and setting your school on fire—oh, and keeping your pet hamster safe. With a literary edge and tons of commerical appeal, this incredible debut has it all: heart, humor, vividly imagined characters, and a pitch-perfect voice.
1 Vote

Tweet
Time Traveling With a Hamster review by momo.book

Albert Einstein Chaudhury, also known as Al, has his twelfth birthday and gets two presents that lead to so much drama. He got a hamster and a letter from his dad, who died four years ago. The letter revealed a time machine, which is a zinc tub and a computer.