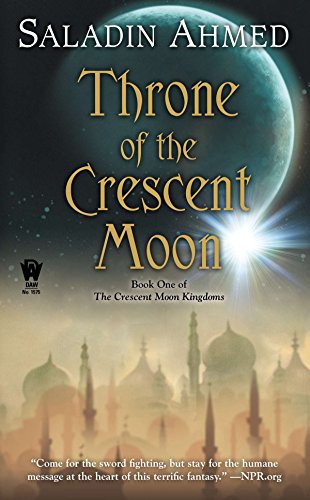 Dhamsawwat, opulent capital city of the Crescent Moon Kingdoms, shrouds a tyrannical Khalif and shambling street-urchins, a duo of alchemists, and a rebellious conqueror by name of the Falcon Prince, eager to seize the throne from its monarch’s thieving clutches. Alleyways teem with unprecedented horrors, and, lurking in the shadows of an Arabian evening, a writhing, humanoid beast gorges itself on souls. Ghul-hunter Abdulla and dervish Raseed embark on a crusade against these seemingly inexplicable attacks, marveling at the power of their allusive perpetrator.