Survival Op: The Fear in the Wilderness 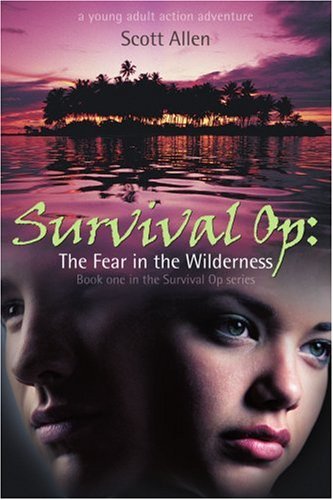 Survival Op: The Fear in the Wilderness
Scott Allen
One horrible night, Marcus, a runaway teenager, is suddenly seized by men in black masks. They throw him into a van and administer a sleeping serum. When Marcus wakes up, he's surprised to discover a tattoo on his arm that reads, "Marcus1125." He soon learns that he is part of a radical group's cruel experiment called Survival Op, a test that gauges the neurological, physical, and emotional endurance levels of individuals who must survive in extreme situations. With this information, the group will be able to better assist their soldiers in the field. Taken to an isolated island in the Bermuda Triangle by the Survival Op personnel, Marcus's objective is simple: to survive no matter what happens. Marcus tries to adjust to his new environment behind the electric fence. When "Lynn312", another runaway teenager, is thrown into his life, the two put their wits together to increase their chances of survival. Battling overwhelming hunger, harsh weather conditions, and ferociously thick vegetation, Marcus and Lynn struggle constantly to stay alive. But none of their obstacles compare to the fear of being hunted by the Survival Op assassins. Worse, a vicious creature lurks in the wilderness, waiting to catch them. Can Marcus and Lynn find a way to survive, or is their fate already sealed?
1 Vote

Tweet
Survival Op: The Fear in the Wilderness review by AShap

A runaway boy named Marcus is kidnapped in the dead of night. He is drugged and taken to a top secret government operations base in the Bermuda Triangle. There he is forced to live out in the wilderness for a program called Survival Op. Survival Op. is a branch of the government whose job it is to study the stress levels of how surviving impacts a soldier. Once he begins his journey, Marcus meets a girl his age named Lynn, with her help he begins to adjust to the wilderness. The only problem is, they aren't alone.