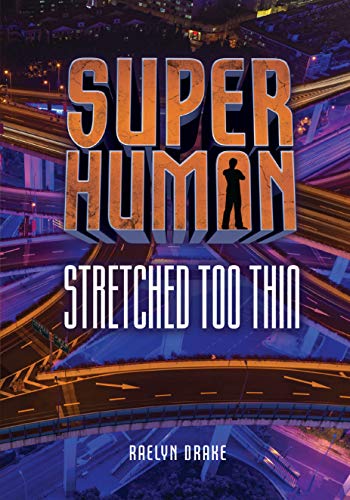 Super Human: Stretched Too Thin
Raelyn Drake
Evan has always dreamed of being a superhero, and on his sixteenth birthday he discovers the ability to stretch and bend his body in impossible ways. He decides that's it's time to make the most of his super stretchiness and become a real-life superhero—except he can't find any actual crime to fight.When a video of his superpower goes viral, Evan gets a taste of the fame he has ever hoped for, but he knows he hasn't really done anything besides a few cool tricks. After an accident on the freeway causes everyone to look to him for help, Evan will learn if he's truly up to be the hero he wants to be.
1 Vote

Super Human is about a boy named Even who recently turned 16. While skating, he asked his friend to record him. She had a surprised look on her face. When she showed him the footage, he saw that he ha stretchy powers without even realizing it. Evan tries to do good things throughout the book to help people with his stretchy powers, but no one knows he is helping them because he wants to keep it a secret. But then when there’s a bad car accident, Evan realizes he needs to do everything he can to be a hero.