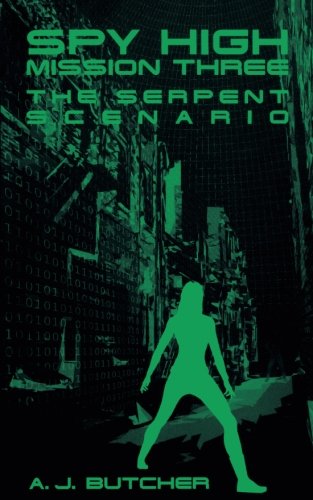 When a deadly drug that turns its users into blood-craving zombies hits the streets of America, every agent in Spy High is assigned to discover its source. But one member of the Bond Team won't be joining in because of private business--the business of revenge.
2 Votes

In Spy High: Mission Three by A. J. Butcher, Jennifer Chen, a member of the Bond team, runs away from Deveraux Academy to her home in Undertown, Los Angeles, in order to get revenge on a street gang called the Serpents. When Jennifer was only eight, the Serpents killed her family in front of her, because her father refused to pay for protection. The Serpents left her behind as an example to others. Other than Jake Daly who goes after Jennifer, the rest of the Bond team travels to the Stoker Institute to learn about a fatal new drug called Drac.

What's this?
Spy High Mission Three: The Serpent Scenario review by MY

A teammate of Bond team, Jennifer Chen, has always hated a gang called the Serpents, especially their leader Talon, since they killed her family. She decides to leave Spy High, the school for spies, to kill Talon. Talon ends up killing her. Jake, her teammate, who was in love with her seeks revenge, and Bond team decides to help. When they are trying to kill Talon they get involved with another evil gang, the Wallachians who capture them. The Wallachians produce a harmful drug called Drac which makes you crave for blood.