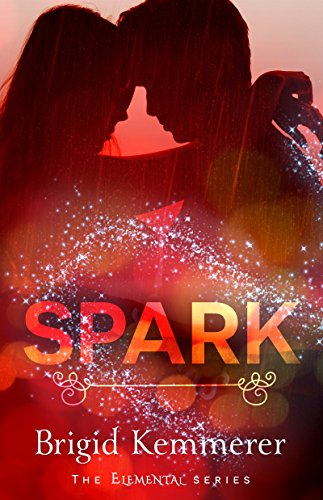 Spark (Elemental)
Brigid Kemmerer
(Book 2 in the Elemental Series)                  Gabriel Merrick plays with fire. Literally. Sometimes he can even control it. And sometimes he can't. Gabriel has always had his brothers to rely on, especially his twin, Nick. But when an arsonist starts wreaking havoc on their town, all the signs point to Gabriel. Only he's not doing it. And no one seems to believe him. Except a shy sophomore named Layne, a brainiac who dresses in turtlenecks and jeans and keeps him totally off balance. Layne understands family problems, and she understands secrets. She has a few of her own. Gabriel can't let her guess about his brothers, about his abilities, about the danger that's right at his heels. But there are some risks he can't help taking. The fuse is lit. . .
1 Vote

"With a spark and a flicker, it flared to life" (305). Gabriel Merrick plays with fire, but that does not mean that he is able to control it completely. Gabriel is accused of an arson attack and even his family does not believe that he is innocent. Only the shy, intelligent girl named Layne Forrest believes in his innocence. Gabriel's power is something that he has to hide, but when Layne is in trouble, he is forced to reveal his true identity.

Available as an e-Book only, don't miss this exciting sneak peak at the Elementals! 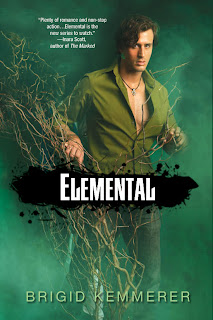 Earth, Fire, Air, Water – they are more than you dream.

As an air Elemental, 17-year-old Emily Morgan doesn’t have much power. That’s okay—she knows what happens to kids who do.

Like Michael Merrick. He’s an earth Elemental, one with enough power to level cities. Which makes him sexy, dangerous, and completely off limits. At least according to Emily’s family.

But her summer job puts her in close contact with Michael, and neither of them can help the attraction they feel. When forces of nature like theirs collide, one misstep could get someone killed. Because Emily’s family doesn’t just want her to stay away from him.

They want him dead.