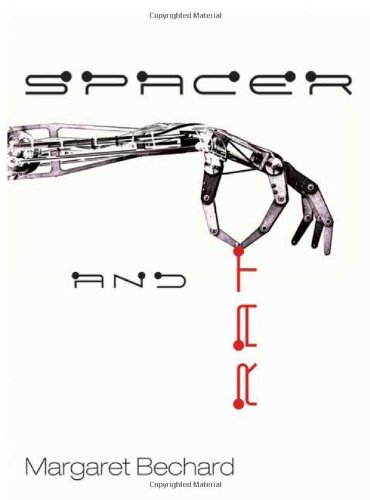 Spacer and Rat
Margaret Bechard
Jack knows who belongs out in the Black. And who doesn't -- until Kit comes walking into the pub and changes everything he believes about the Black, about the people who live there, about what it takes to be a human being. Margaret Bechard set out to write an adventure story with laser guns ad spaceships. Then, she says, "there was a big step and a long fall off a cliff while I realized that my characters didn't want to do the stuff I had in my mind; they had plans of their own." The result: a fast-paced space adventure and a short story about human feeling and growing up -- science fiction for those who love SF; riveting fiction for those who don't.
1 Vote

Jack is a kid who grew up on Freedom Station. He works in a bar and can tell the Earthies from the Spacers. He thinks he knows everything about Earthies, but that was before Kit showed up. Kit is just a normal Earthie except for what she carries with her. When Jack finds out Kit's secret, he feels he has no choice but to help her. Even if it is illegal. Even if it means risking their lives in space.