Snow in April (A Story of Concordia) 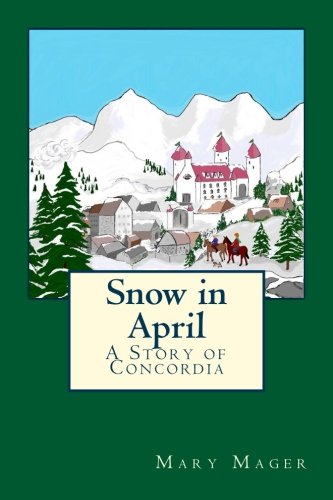 Snow in April (A Story of Concordia)
Mary Mager
"To make a friend, you have to be a friend." Princess Olive gives this advice to young Prince Jasper of Thisley when the lonely prince comes to Concordia. He needs all the help he can get, too. Friendless and isolated, Jasper has no idea where he fits into his own kingdom, but when he meets Olive and Toby, the King's page, he finds both friendship and the courage to be himself. While the teens deal with an avalanche and a night in the dungeon, the adults quarrel. It is up to the young people to solve an ancient mystery in order to prevent the unthinkable - the prospect of war between their two kingdoms.
1 Vote

Tweet
Snow in April (A Story of Concordia) review by ClaudiaG

Prince Jasper of Thisley and his father are fighting. Jasper is punished and hopes for a way out of his duties. However, as he works in the stables, he sees his punishment in a different perspective. Meanwhile, on the other side of the mountains, Jasper's sister is giving birth. Jasper's mom decides to visit her, after her daughter pleads for her to come to Concordia. To keep her husband and Jasper from fighting, she insists that Jasper tag along. Jasper doesn't like this idea but decides that it it's for the best.