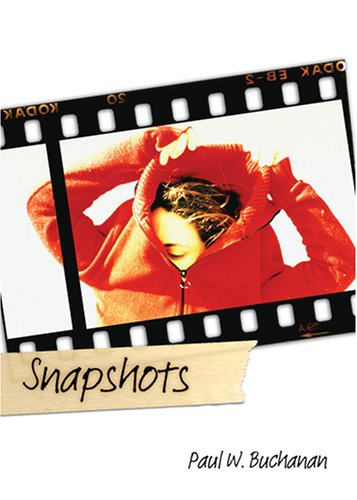 Snapshots
Paul W. Buchanan
Even before Jen disappeared, Jimmy knew his best friend was leaving him behind. While she attracts stares from boys and men, fifteen-year-old Jimmy still passes for a child at the movies. He takes refuge in the past, before their friendship and life became so complicated. She’s his favorite subject―in front of the camera and otherwise―but photos can’t capture what he really wants. Yet Jimmy remains devoted, even lying for her when she runs off with strangers―men―she’s met online.Jimmy feels that Jen’s disappearance is his fault, just like the twelve-acre blaze he starts in the canyon near their trailer park. And he’s holding on to a secret that no one can drag out of him―not the taunting kids at school, an apathetic psychologist, or his despairing mother. Revolving between past and present, Paul W. Buchanan’s vivid “snapshot” vignettes evoke a young man’s struggle with oncoming adulthood, heartbreak, and incredible loss.
1 Vote

Everyone though it was a weird pair, Jen and Jimmy. Jen was more developed then the average 21 year old woman, and Jimmy could still pass for ten. But Jimmy was Jens only real friend, and only he knew what was going on with Jen and the men she was meeting on myspace. But Then Jen disappears, and not long after that, a raging tweleve acre fire starts in the canyon they live by. Jimmy is cought in the world without a friend, and with no one to turn to. At least he still has his photography. But how long will it be before that slips away too.