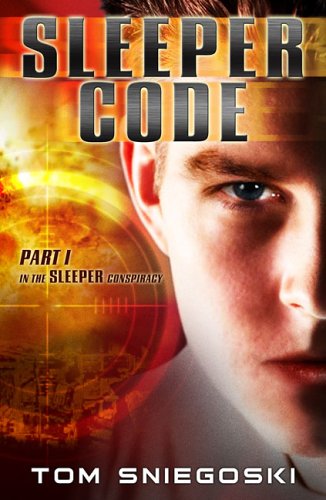 Sleeper Code
Tom Sniegoski
When teenager Tom Lovett learns that his narcoleptic "fits" are really cover for his alter ego, Tyler Garrett, to commit coldblooded murder as a hired assassin, Tom vows to take down the evil agency that created him while also fighting the evil within himself. Original.
1 Vote

Government conspiracies, assassins, action, adventure, and narcolepsy. What's not to love? From the mind of novelist Tom Sniegoski comes The Sleeper Conspiracy, a two-book series packed with action. For as long as he can remember, a young boy named Tom has struggled narcolepsy, a sleeping disorder that causes him to fall asleep for days at a time. Fearful that he will have an attack in public, his parents have homeschooled him for years. Now in his late teens, his calm but sheltered life is shattered when he discovers that everything he believes is a lie.