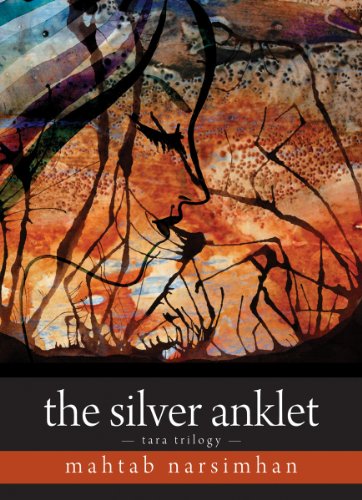 The Silver Anklet
Mahtab Narsimhan
What if the only way to get rid of your worst enemy was to sacrifice your brother? When hyenas snatch Taras brother, Suraj, and two other children from the local fair in Morni, Tara and her newfound companions decide to rescue them on their own. Tara soon discovers that Zarku, her nemesis with the third eye, is back and intent on revenge. A deadly game of hide and seek ensues, and Tara and her companions must work together to survive. But it is soon clear that Zarku is only after Tara; the others are dispensable. Should Tara risk the lives of her friends? Or can she once again defeat Zarku and save her brother, armed only with belief in herself and a silver anklet?
1 Vote

When hyenas snatch Suraj, a girl named Tara's brother, and two other village children, she and some new friends go looking. But Tara's worst enemy Zarku, a man with three eyes, is back and wants revenge. He challenges them to a game of hide-and-seek. If they win, he'll let them go, but if he wins he gets to kill them. Eventually Tara figures out that Zarku only wants her, the others are dispensable. Can Tara defeat Zarku again and save her brother, armed only with belief in herself and a silver anklet?