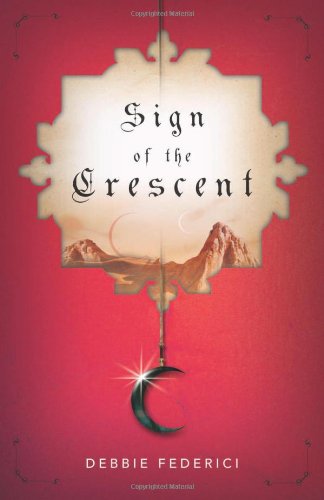 Sign of the Crescent
Debbie Federici
Teenagers are mysteriously disappearing in Tucson, Arizona, and other cities. One night, seventeen-year-old Taryn nearly becomes one of them when a revolting, unearthly creature attacks her. The touch of a Zumar warrior should render her unconscious, but Taryn has the strength to fight until a young man with a sword comes to her rescue. This is how Taryn, an orphan with Ménière's disease, meets Erick, a Haro Knight from another world. His job is fighting the Zumar who are kidnapping and enslaving oldworlders (Earth people). It is forbidden for Erick to socialize with oldworlders, but he can't ignore the strong attraction between them . . . and Taryn seems different from other Earth people. When she's abducted by the Zumar and taken to their evil sorcerer leader, Taryn is confronted with shocking truths that explain her strange dreams and special powers.
1 Vote

This book starts out with an introduction to Taryn. Taryn has just lost her grandmother, and is suffering heart break because of the lost. Mean while teenagers are getting snatched by some unknown source, and going out at night for teens is getting riskier. There are people from the world, Neworld, whose job is to protect the teens from earth, Oldworld. Erick is one of those people. One night, when Erick is out trying to stop the kidnappings, he comes across Taryn. Erick is dispatched far away from Taryn, and her rescue seems impossible.