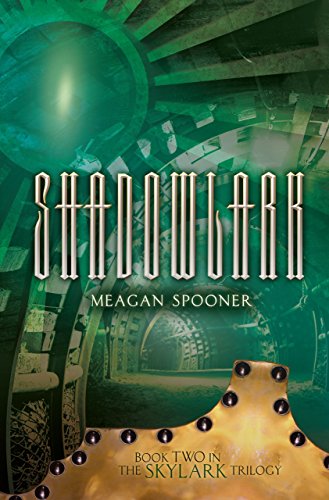 Shadowlark
Meagan Spooner
Ever since she escaped the city within the Wall, Lark Ainsley's wanted one thing: to find her brother Basil. She's always believed he would be the one to put an end to the constant fear and flight. And now, hidden underground in the chaotically magical city of Lethe, Lark feels closer to him than ever.  But Lethe is a city cowering in fear of its founder, the mysterious Prometheus, and of his private police force. To get the truth about what happened to Basil, Lark has no choice but to face Prometheus. Facing her fears has become second nature to Lark. Facing the truth is another matter. Lark never asked to be anyone's savior. She certainly never wanted to be anyone's weapon. She might not have a choice.
1 Vote

Lark only wants one thing: to find her brother, who she thinks can bring peace to the world. Underground the city of Lethe, she feels close to him. Lethe has a powerful founder, called Prometheus, who the entire city fears. She has to fight to reach Prometheus, and face him to find her brother. Will she be able to reach her goal?