The Shadow World (The Eidolon Chronicles) 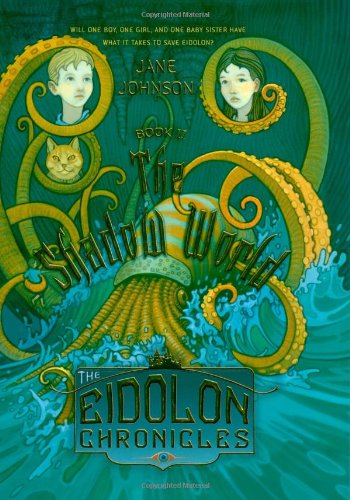 The Shadow World (The Eidolon Chronicles)
Adam Stower, Jane Johnson
With Ben's mother, Queen Isadora, leading the charge, the battle against Dodman begins as the Arnold children fight to stop Mr. Dodd's plot to steal the magical creatures from Eidolon and ruin their beloved Secret Country in the process.
1 Vote

Tweet
The Shadow World (The Eidolon Chronicles) review by PSmit

Ben Arnold's mother is going away. He's not happy about it, but he knows she has to go. See, she's not just his slightly wacky, laughing mom. She also happens to be Queen Isadora of the Secret Country of Eidolon, and things in her kingdom are not going well without her. So, Queen Isadora, Ben's mom, needs to leave her husband and two of her three children behind to go back to Eidolon and try to restore the balance between the two worlds. She'll be taking baby Alice with her as Alice, it seems, is destined to be the future Queen of Eidolon.