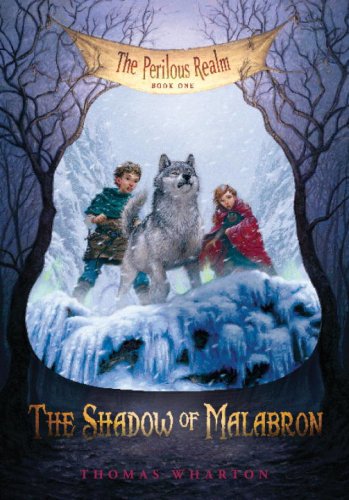 The Shadow of Malabron
Thomas Wharton
A rich, absorbing fantasy follows a rebellious teen on his journey through the Perilous Realm, where dreams, fairy tales, and reality intersect.When Will crashes his father’s motorcycle and stumbles into the Perilous Realm, all he wants is to find his way back to the world he knows. But he cannot get back the way he came, and as he soon discovers, his story is bound up with this mysterious land and with the very fabric of Story itself. Will is befriended by many strange people and creatures — including Rowen, a girl with a special destiny of her own, and Shade, an unusual wolf — but he is also pursued by dark forces under the control of Malabron, otherwise known as the Night King, the Master of Fetches, and the Storyeater. As Will’s path crosses those of the inhabitants — both innocent and malevolent — of this strange new world, his choices will determine not only his own fate, but that of his new friends in the Perilous Realm.
1 Vote

When Will steals his father's motorcycle and runs away from the campsite where they are staying, his plan is for revenge not to crash and end up in another land. He wants revenge on his father for taking him and his sister, Jess, away from the house they lived in before his mother died. His destination on the motorcycle is the Perilous Realm, what he thinks is an amusement park a few miles down the road from their campsite. Will does end up in Perilous Realm; too bad it is not an amusement park, but an entirely different world.