In the Shadow of the Lamp 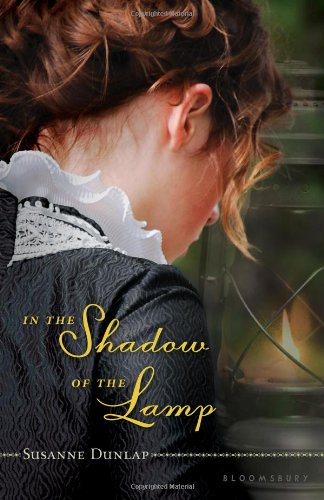 In the Shadow of the Lamp
Susanne Dunlap
It's 1854 and sixteen-year-old Molly would give anything to change her circumstances as a lowly servant in a posh London house. So when she hears of an opportunity to join the nurses who will be traveling with Florence Nightingale to the Crimea, she jumps at the chance. The work is grueling, the hospital conditions deplorable, and Miss Nightingale a demanding teacher. Before long, the plight of British soldiers becomes more than just a mission of mercy as Molly finds that she's falling in love with both a dashing young doctor and a soldier who has joined the army to be near her. But with the battle raging ever nearer, can Molly keep the two men she cares for from harm? A love story to savor, and a fascinating behind-the-scenes imagining of the woman who became known as "the lady with the lamp."
1 Vote

Tweet
In the Shadow of the Lamp review by JHal

'In the Shadow of the Lamp' is a fufilling, deeply immersing story of willpower, truth, and the search for everlasting love. In 1854, Molly Fraser, a lowly servant working for an elegant London household, is wrongly accused of thievery. She is quite promptly banished from her claim and nearly thrown out onto the streets. Now, her work and little money gone, she is forced to wander the city in search of a new way of life. So when an opportunity arises for Molly to possibly go to Crimea with a team of Florence Nightingale's nurses, she determinedly sets out for the battlefield.