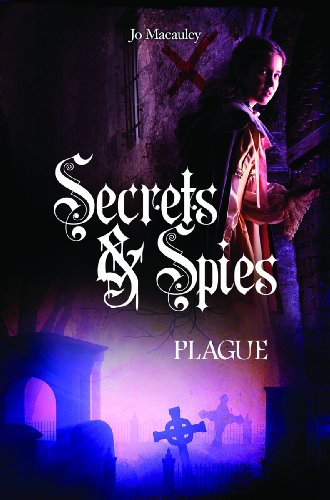 Secrets and Spies: Plague
Jo Macauley
Fourteen-year-old Beth Johnson is a talented and beautiful young actress. She is also a spy. It's the summer of 1665, and the horrific Plague is overwhelming London. With so many dead and dying, the King's Master of Secrets, Alan Strange, must entrust Beth with her most important mission yet. With pestilence all around her, will Beth survive long enough to discover who is behind the latest conspiracy to kill the King?
1 Vote

Wonderful, mysterious, surprising, and scary all describe the book, Secrets and Spies, by Jo Macauley. Beth has talent  for acting but she is also a spy that has helped save London. She is about to do it again, although she does not know it. The King's Theatre is working on the play, Love's Green Garlands, when the king's cousin demands  a part in the play. The only part they can give her is small part but she quickly takes over most of Beth's part before anyone can stop her.