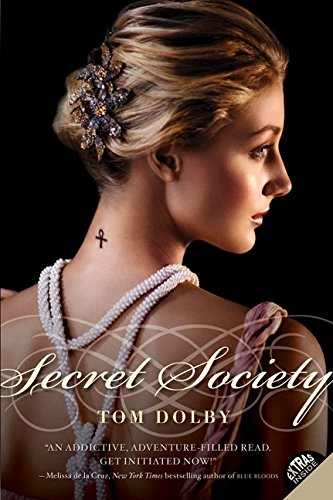 Secret Society
Tom Dolby
Secrets, secrets are no fun.Secrets, secrets hurt someone. . . .An eccentric new girl. A brooding socialite. The scion of one of New York's wealthiest families. A promising filmmaker. As students at the exclusive Chadwick School, Phoebe, Lauren, Nick, and Patch already live in a world most teenagers only dream about.They didn't ask to be Society members. But when three of them receive a mysterious text message promising success and fame beyond belief, they say yes to everything. Even to the harrowing initiation ceremony in a gritty warehouse downtown, and to the ankh-shaped tattoo they're forced to get on the nape of their necks.Once they're part of the Society, things begin falling into place for them. Week after week, their ambitions are fulfilled. It's all perfect—until a body is found in Central Park with no distinguishing marks except for an ankh-shaped tattoo.
1 Vote

Rumors of secret societies are always floating around, especially in a city as big as New York. Nick, Patch, Lauren, and Phoebe have grown up hearing whispers of a huge clandestine organization, but they assumed that if there ever was a secret society, it would have disappeared by now. So imagine Nick, Lauren and Phoebe's surprise when they discover that they part of a new class of Initiates of the Society, a group dedicated to helping its members achieve their greatest dreams and find sucess.