The Secret to Lying 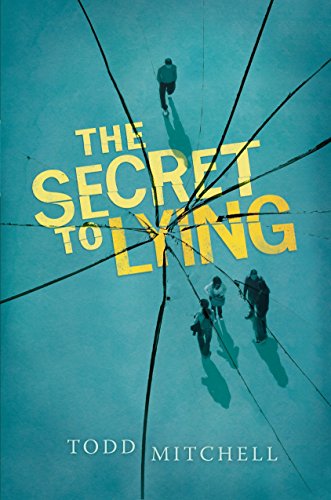 The Secret to Lying
Todd Mitchell
A teenage boy’s self-reinvention gets out of control in a sharp, funny,poignant, and compulsively readable novel that gives a familiar theme asurprising twist. (Age 14 and up)James was the guy no one noticed — just another fifteen-year-old in a small town. So when he gets into an academy for gifted students, he decides to leave his boring past behind. In a boarding school full of nerds and geeks, being cool is easy. All it takes is a few harmless pranks to invent a new James: fighter, rebel, punk. Everyone’s impressed, except for the beautiful "Ice Queen" Ellie Frost and the mysterious ghost44, an IM presence who sees through his new identity. But James is riding high, playing pranks and hooking up with luscious Jessica Keen. There’s just one thing awry: he’s starting to have vivid dreams of being a demon-hunting warrior, a thrill that is spilling over into dangerous and self-destructive acts while he’s awake. As he’s drawn deeper into his real-life lies and his dream-world conquests, James begins to wonder: What’s the price for being the coolest guy around?
1 Vote

James Turner was the invisible kid in his dreary, small- town school, until he got accepted into America Math and Science Academy. There, he resolved to create a new image for himself, and the new James is a purple-and-orange- haired rebellious street fighter. At first, James does crazy things and tells outrageous lies to seem interesting and exciting. While he is fabricating his pyromaniac tendencies and hooking up with eccentric but beautiful Jessica Keen, James is slowly losing himself.