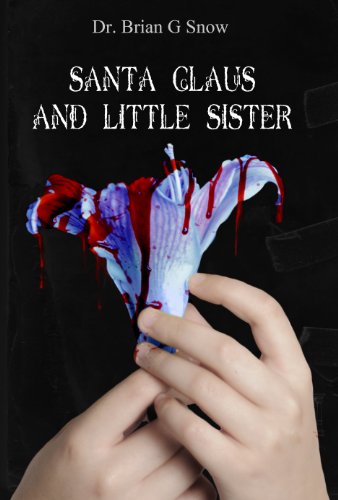 Santa Claus and Little Sister
Brian G Snow
“Santa Claus and Little Sister” is autobiographical in nature, selfishly therapeutic in design, and hard proof that we cannot control our future regardless how hard we try.This is a journey of one young optimistic East Coast teacher who taught at New Beginnings, a Los Angeles placement home for at-risk, mentally and physically abused, abandoned, gang, and socially-emotionally disturbed girls.He discovers that truth often becomes lies, moral transforms into immoral, and fear builds knowledge.This is a memorable adventure with two of these students, or catalysts, Chata and Lupe, and their frightful connections to a notorious Mexican child trafficking cartel and LA Gangs.Chata, a bold and controlling overweight active member of the Baby Locas Division of the 18th Street Gang in South LA, struggles between two worlds and purposely brings both together in the back alleys of Los Angeles. Lupe, a small beautiful Mexican girl, identified only by the alias assigned to her by the FBI, is suddenly missing from the placement center leaving only her most cherished possession behind, a self-made book of poems and artwork entitled “To Santa Claus and Little Sisters”.Refusing to accept the hypothesis that Lupe ran away on her own free will, risks would have to be taken by this naive Boston-born teacher and the mouthy 17 year-old Chata. Both would have to question their belief system many times in order to survive when circumstances were not in their favor.To these young catalysts, Chata and Lupe, I am forever grateful for the spark that you ignited in me. Any survivor characteristics that I possess is probably due to you. Thanks girls.This inspirational and captivating Novel deals with mature subjects including teen suicide, teenage problems, drug use, physical and mental abuse, and gang lifestyles.Inspired by the poem "To Santa Claus and Little Sister" by Anonymous. ﻿
1 Vote

Santa Claus and Little Sister is the sad yet powerful story of a young teacher who moves from Boston to Los Angeles and finds himself in a classroom full of girls who have grown up in the gang life, abused and distrusting of others. He is suddenly immersed in a culture where wearing the wrong colors can get you killed, but he manages to handle the many conflicting emotions as he starts to connect with his students. One student in particular, Lupe, catches his attention. Her parents have a contract out for her death, as they are afraid she will identify pictures and get them arrested.