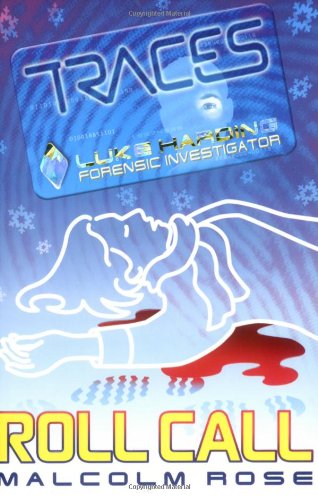 Roll Call
Malcolm Rose
Luke Harding's third thrilling case involves a series of mysterious murders in which the victims seem to have only one thing in common -- the same name, Emily Wonder. In the bitter cold of winter, the teenage forensic investigator and his robotic assistant, Malc, investigate the three crime scenes and struggle to identify the murder weapons used, as no traces have been left behind. When a young homeless girl named Emily Wonder is reported missing, Luke and Malc rush back to the slums of London to try to save her from the murderer-and from a giant tidal wave that threatens to destroy the city.
1 Vote

Amidst the hottest summer on record in a futuristic Britain, a young woman dies seemingly naturally. Though her ordeal was long and painful, no traces of poison were found in her system. Soon after, another woman is stabbed with an unknown object that leaves absolutely no trace. And yet another woman dies in a sauna from an unknown poison. What do the victims have in common? Their name: Emily Wonder. Forensic investigator Luke Harding and his robotic sidekick, Malc, are assigned to the case.