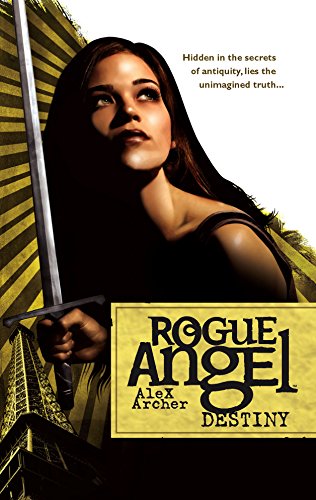 Rogue Angel: Destiny
Alex Archer
An ancient order tied to the Vatican... A blood fortune buried in the caves of France... A conspiracy of power, greed and darkest evil... Archaeologist and explorer Annja Creed's fascination with the myths and mysteries of the past leads her to a crypt in the caves of France, where the terrifying legend of the Beast of Gevaudan hints at the unimaginable. What she discovers is shattering: an artifact that will seal her destiny; a brotherhood of monks willing to murder to protect their secret; and a powerful black-market occultist desperate to put his own claim to centuries-old blood money. Annja embarks on a high-tension race across Europe and history itself, intent on linking the unholy treachery of the ages with the staggering revelations of the present. But she must survive the shadow figures determined to silence her threat to their existence.
1 Vote

Rogue Angel is a series of books starring Annja Creed, an archaeologist. In Destiny, Annja travels to France on assignment for Chasing History's Monsters, a television show she occasionally works for to make money. She's investigating La Bete de Gevaudan (the Beast of Gevaudan)in the Cervannes Mountians, when she realizes that she's not the only one hunting la Bete and that there are many secrets hidden in the Mountians. Lesauvage, a criminal searching for la Bete to find hidden treasure, sends men after Annja to capture her.