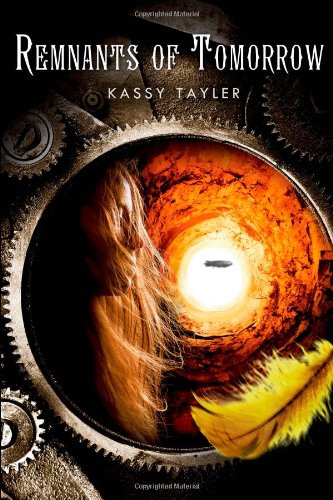 Remnants of Tomorrow
Kassy Tayler
Kassy Tayler's Remnants of Tomorrow brings all the factions together. The royals, the shiners, the rovers and the everyday workers of the dome as they fight against each other and the inevitable. It is time to leave the dome.Wren's father takes her on a journey through the dome where she sees the after effects of the destruction caused by her friends and the blue coats who came into the tunnels. What he doesn't realize is that instead of subduing her, he is giving more purpose and fuel to her cause. When he realizes his plan has backfired, he sells Wren and her friends caught inside to the rovers. They manage to escape and add more fuel to the hatred between the rovers and the dome. Wren and her friends from inside the dome and America are caught in the middle as the battle escalates and whoever wins the battle wins the right to life.It's up to Wren to make both sides see that the only way they can survive is by working together.
1 Vote

Remnants of Tomorrow is the continuing story of Wren.  Wren finds herself back in the dome and in captivity thanks to her father.  After a failed attempt at escaping, she finds herself in a deeper hole than before.