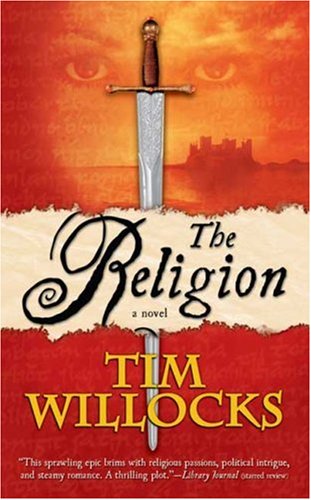 The Religion
Tim Willocks
May 1565. Suleiman the Magnificent, emperor of the Ottomans, has declared a jihad against the Knights of Saint John the Baptist. The largest armada of all time approaches the Knights Christian stronghold on the island of Malta. The Turks know the Knights as the The Hounds of Hell. The Knights call themselves The Religion. In Messina, Sicily, a French countess, Carla la Penautier, seeks a passage to Malta in a quest to find the son taken from her at his birth twelve years ago. The only man with the expertise and daring to help her is a Rabelaisian soldier of fortune, arms dealer, former janissary, and strapping Saxon adventurer by the name of Mattias Tannhauser. He agrees to accompany the lady to Malta, where, amidst the most spectacular siege in military history, they must try to find the boy - whose name they do not know and whose face they have never seenand pluck him from the jaws of Holy War.
1 Vote

In the 1500's Mattias Tannhauser, of the German language, is asked to help a noble woman, Lady Carla, find her lost son on the island of Malta. Tannhauser agrees to take her to the island if she agrees to marry him after her son is found. Yet, a steamy romance also develops between Lady Carla's friend, Amparo, and Tannhauser. The Religion, Christianity, is in control of Malta but the invading Turks threaten a hostile takeover.