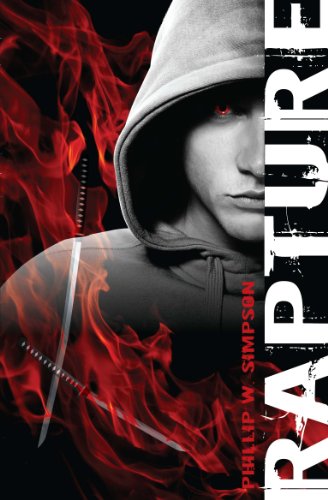 Rapture (Rapture Trilogy)
Phillip W. Simpson
The Rapture has occurred - the end of the world. The faithful have risen up to Heaven. Those left behind are in a living hell. Armed only with his swords and his wit, a teenage boy wanders this post-apocalyptic world alone, separated forever from everyone he loves. Cursed by his demonic heritage, he must now embark on a quest that will take him across the US to the City of Angels.
1 Vote

The sky darkens, volcanos erupt, and earthquakes rumble.The believers rise to the heavens; the rapture has begun. A boy with two swords and a demonic heritage must help the ones that are innocent. He only has one destination but he needs others to get there. With the help of an angel, his best friend, and a teenaged girl, he overcomes things from the pit of Hell. Is he ready for what is waiting for him at his destination?