The Pull of the Ocean 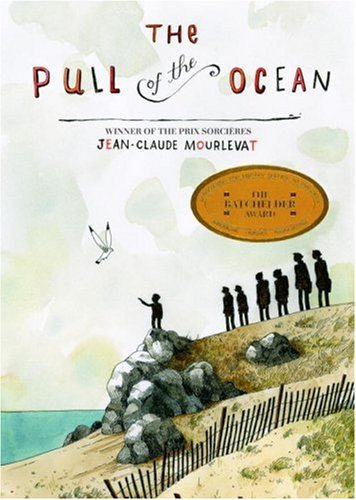 The Pull of the Ocean
Y. Maudet, Jean-Claude Mourlevat
On a stormy night, little Yann Doutreleau wakes up his six older brothers, all twins. He lets them know that they must flee their home--or risk being killed by their violent father. Without question, the siblings follow Yann into the wet darkness. And so begins their remarkable odyssey toward the ocean--as well as an unforgettable story of brotherhood.The social worker investigating the Doutreleau family, the truck driver who gives the boys a lift, the police officer who believes they've run away, the baker who gives them bread--each of the many people the seven boys encounter gives a stirring account of what he or she witnesses. The twins themselves add their voices, as do the Doutreleau parents; but not until the end of the journey does little Yann express his reasons for his galvanizing actions.
1 Vote

Tweet
The Pull of the Ocean review by EM

The Doutreleau family is comprised of mother, father, and seven sons: three sets of twins and Yann. Yann is an unusual child, to say the least. He's ten years old and only two feet tall, but without any deformities of a dwarf. He's mute, but easily communicates with people through facial expressions and gestures of the hand. The mother and father are crude, cruel people who terrify their children. One night Yann awakes his brothers with a warning that they must leave, or else their parents might do them harm.