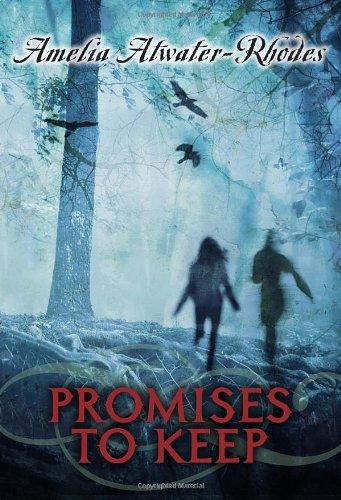 Promises To Keep
Amelia Atwater-Rhodes
The compendium of creations (SingleEarth, the Bruja guilds, the Midnight empire) intertwine in an exciting, unsettling plot featuring happenings both accidental and deliberate that will forever change the alternate landscape inhabited by vampires, Tristes, shapeshifters et al. It all begins with a wrong turn and a crashed party, and from there it's an epic clash of elements and the promise of more chaos still to come. At the center of the storm is Jay, a young vampire hunter that no one would ever have predicted might be earth's best bet to thwart the rise of a vampire-controlled slave empire called Midnight. Teens will find themselves drawn to Jay, who struggles to prove his worth even while he has his own fears that those who have written him off may be right to do so.
1 Vote

Jay Marinitch is more than just a pretty face. He’s a witch and vampire hunter, born into a world behind the façade of mundane, human life; a world with witches, telepaths, vampires and yes, shapeshifters. Jay is the bloodhound for Single Earth, hunting vampires that step out of line in order to keep the peace among all species. He has always taken life head on, a trait which has often gotten him into danger. The night he went to a party for vampires was no different. It would also be the night that would change his life forever.