Peril on the Sea 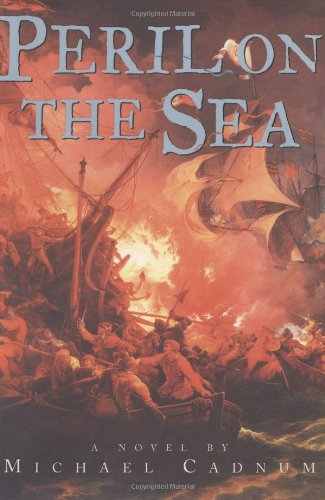 Peril on the Sea
Michael Cadnum
It is the summer of 1588 and a pair of unlikely shipmates is traveling on the Vixen, a privateer that will soon be drafted to join a flotilla of English ships bound for a fiery clash with the Spanish Armada. Seventeen-year-old Sherwin is aboard to repay a debt he owes the ship's roguish captain, Brandon Fletcher. Sixteen-year-old Katharine is sailing with them in a desperate bid to save her noble family's fortune. The fight will be harrowing and bloody, and the unfolding tumult will challenge the character of both Sherwin and Katharine, who are about to discover the deeper meaning of strife and of honor. This fascinating tale affords an unusual view of one of the most important naval encounters in history, as a kindling romance between two young people takes place amidst a reluctant race to battle.
1 Vote

Sailing the seas in the summer of 1588 was a risky voyage for many people and for the heroic Sherwin Morris, it was a job that he must do. Riding on the sea vessel named Vixen, captained by the pirate/gentlemen Brandon Fletcher, Sherwin is assigned the job of writing the life story of Captain Fletcher. On their perilous journey, they manage to strike a deal with the once wealthy Sir Anthony Westing to kidnap his own vessel. They are told to hide it away from the Spaniards and other men who would love to get their hands on its precious cinnamon and spice cargo.