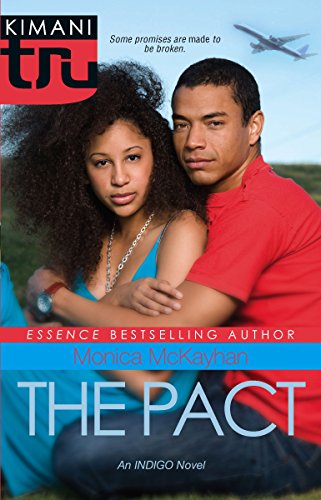 The Pact
Monica McKayhan
Break up for the summer…That's the deal Indigo Summer makes with her boyfriend, Marcus Carter. That way, they can both enjoy their vacations, no guilt, no questions asked. Not that Indigo isn't worried when Marcus heads to Texas to spend time with his estranged mother—kissing Marcus goodbye is hard enough, and who knows who'll be kissing him in Houston? But Indigo barely has time to think about her temporarily ex-boyfriend by the time she gets to Chicago. She's hanging out with her cool cousin, who lives alone at seventeen and has her own life—a life Indigo thought she wanted, until things get way out of hand. She needs Marcus, but he has his own thing going on…and his mother wants him to stay with her permanently.Maybe it's time for a new pact.
1 Vote

The book "The Pact" by Monica McKayhan is about a teenage couple who are going their separate ways during their summer vacation. They decide to make a pact to have fun during the summer and to meet new people. If they found someone they liked more than each other then they would split up and if they didn't they would get back together upon returning. During his summer break Marcus Carter was faced with the decision on whether he wanted to stay with his mother in Texas or go home to Indigo back in Alanta.