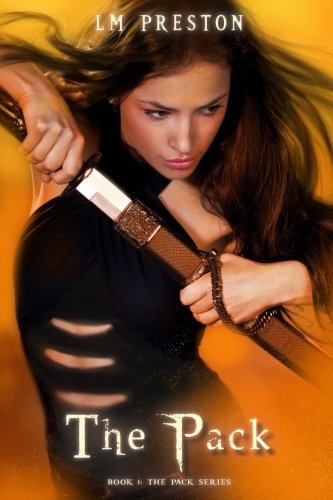 The Pack
LM Preston
Shamira is considered an outcast by most, but little do they know that she is on a mission. Kids on Mars are disappearing, but Shamira decides to use the criminals’ most unlikely weapons against them—the very kids of which they have captured. In order to succeed, she is forced to trust another, something she is afraid to do. However, Valens, her connection to the underworld of her enemy, proves to be a useful ally. Time is slipping, and so is her control on the power that resides within her. But in order to save her brother's life, she is willing to risk it all. Book One in The Pack Series. Read the final confrontation in Book Two, The Pack - Retribution is available now.
1 Vote

A century in the future, scientists on Earth decide to launch a project where they observe criminals and others for 5 years and if they approve of them, they are sent to Mars as a 2nd chance or to be groomed for the upscale police force, or the Security Force Elite. Shamira, the daughter of two members, becomes blind at a young age due to an unfortunate accident. Despite her setbacks, she tracks down villains and make them pay, while still being a good sister to David, her younger brother. She goes to Earth to regain her eyesight and when she comes back, it is worse than she imagined.