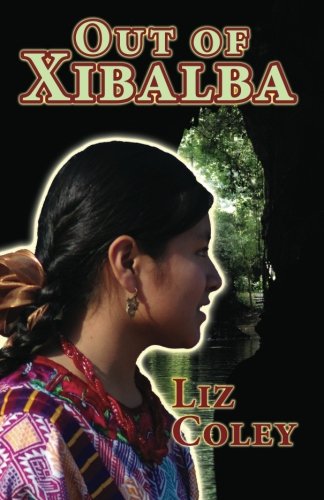 Out of Xibalba
Liz Coley

December 21, 2012 According to Mayan legend, the human age is scheduled to end today. That's what the Belizean tour guide tells Michelle's family as they paddle canoes out of the solstice sun and deep into the mysterious, dark cave system. The Earth trembles. The cave crumbles. Michelle is thrown back in time, away from everything she knows and everyone she loves, into an ancient world of palace politics, bloody warfare, and human sacrifice. Men Ch'o, second son of the ruler of a small Mayan city-state, has always stood in the shadow of his elder brother, but the unexpected arrival of the goddess Ix Chel in human form will shift the fulcrum of power and upset the balance of his heart. The unlikely intersection of their lives just might change everything.
2 Votes

Chel was just another teenage girl until she traveled back in time to the ancient Mayan civilization of her ancestors. Chel has no idea what to do next. She knows the only thing keeping her alive in this society is the fact that all the locals believe she's the godess Ix Chel. She realizes she was sent back to this time to stop the end of the world and the end of the Mayan civilization. Can she do this and more? Could she possibly find love here?

What's this?
Out of Xibalba review by Joshchipmunk

Chel, a teenage girl, is just another girl vacationing in South America until she accidentally travels back in time. Chel’s ancestors were from the Mayan civilization, so that is where she appears. She, in this society or ancient villagers, appears to be the goddess Ix Chel, the goddess of midwives and medicine. Right before she goes back in time, her tour guide tells her that according to the Mayan culture, the day that Chel and her family are on the tour is the day that the world will end. Chel now knows that the reason she was back in time was to stop the world from ending.