Out of Breath (The Lithia Trilogy, Book 1) 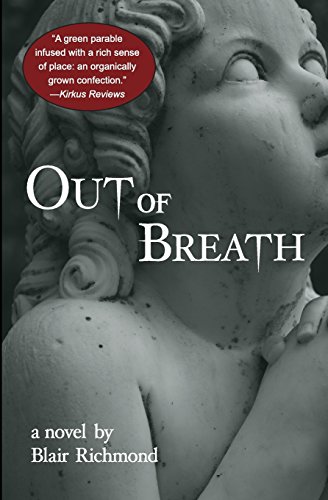 Out of Breath (The Lithia Trilogy, Book 1)
Blair Richmond
Nineteen-year-old Kat Jones has been a competitive runner since she was a young girl, but after her mother's death, the path her life was supposed to take begins to crumble around her -- until one day, she finds herself on the run in a literal sense, this time in a race for her very life. Kat's journey takes her to the Pacific Northwest town of Lithia, the place of her last good memories, of the days when her mother was still alive. But soon after her arrival, strange things begin to happen in Lithia -- and when one of her new friends disappears under mysterious circumstances, Kat begins to realize that Lithia's inhabitants are not all of this world. Worst of all, she is falling in love with one of these otherworldly locals, and the friend who hopes to save her has secrets of his own. As Kat tries to rebuild her life, she is also training for a race that will turn out to be her biggest challenge yet, as she must outrun not only the demons of her past but the demons of the here and now, who threaten her very existence and that of the entire town. At once a paranormal love story and an environmental allegory, Out of Breath offers an exciting new voice in young adult fiction.
1 Vote

Tweet
Out of Breath (The Lithia Trilogy, Book 1) [ review by sabol

Katherine Jones as a runner was a prodigy, excelling in the skill in high school.  She had hoped to pursue it in college if not for the fatal turn of fate that severed her dreams from ever becoming reality. Now she is running from her past in Texas, finding solace in her hometown of Lithia. There she is welcomed by the warm hearts of the small community, finding a kindness she had long forgotten the world had. But there is a looming darkness over the town, its secrets concealed behind the curtain of forest that frames the tranquil town.