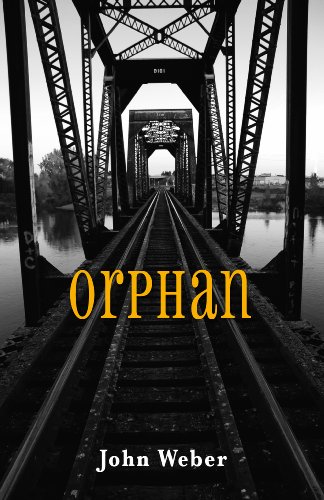 Orphan!
John Weber
Homer abruptly finds out at age 13 that he's adopted when his gruff father, an Iowa farmer, announces it after dinner one night. Homer is crushed and decides he must find his real family who he learns were in New York City. On his way, he stops to tell his best friend, Jamie, who feels compelled to go along and keep Homer out of trouble. They hop a train and head east, only to run into danger the very next day. Narrowly escaping a brutal demise, they're befriended by Smilin' Jack, a hobo who takes them under his wing. After a series of misadventures and serious scrapes, Jamie falls ill and Homer takes him to the house of their friend Sam, a wealthy girl who had lived in their town but then was sent back East. Sam helps Jamie get the best medical care possible and lends support as Homer traces his origins to a church-run orphanage. As he adjusts to what he learns, his family in Iowa helps raise money for Jamie's experimental care, helping Homer at last know the true meaning of family.
1 Vote

In the story, Homer, a small boy of the age of 13 is told my his parents that he was an orphan. Homer was adopted by them from an orphan train, which were popular during the Great Depression. After running away for the night feeling upset and worried that he wouldn't inherit his father's farm, Homer decides to go to New York City to find his real parents. His friend Jamie and he jump on a train but end up going west. There they get caught by Blackjack, a railroad watcher. Smiling jack, an educated hobo, saves Jamie and Homer from being killed by Blackjack.