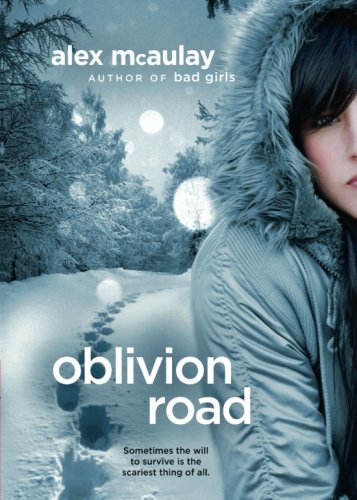 Oblivion Road
Alex McAulay
Five stranded teenagers must battle for their lives against a group of escaped convicts, and each other, in this shocking survival thriller from the author of Bad Girls and Lost Summer. Courtney Stanton thinks she's on just another ski trip with her friends -- until a horrific car accident strands them all on an isolated Colorado road during a blizzard. Frightened but alive, Courtney and her companions discover an abandoned vehicle nearby, and seek help. But the vehicle turns out to be a prison van, with the inmates missing, and the guard's dead body in the front seat. Soon after, a stumbling figure emerges from the snow, a handcuffed refugee from the van. He says he's been in prison for selling meth, but that he once served in the army. Dare they trust him? He pleads innocence about the guard's murder, warns them about the other fugitives, and promises he will help guide them out of the wilderness. But as the group begins a nightmare trek across the frozen landscape, they start to get the feeling he hasn't told them the entire truth, and someone -- or something -- is secretly watching their every move.
1 Vote

One cold, snowy day in Colorado five high school friends are coming home from a fun-filled day at the ski resort. However, the trip home does not go as planned when they hit a deer and completely tumble down the side of the huge hill. Hours later Courtey wakes up and doesn't know why she is laying in snow. Jeremy comes to help her and explains what happened. Slowly, everything started coming back to her. The other three friends were still trapped in the car and they had to go back to get them.