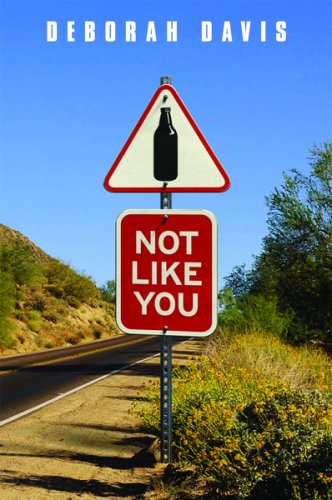 Not Like You
Deborah Davis
"Starting a new chapter" is how Kayla’s mother, Marilyn, has always referred to their abrupt movesfive in the past two years. But what 15-year-old Kayla hates even more than moving is Marilyn’s drinking. It once landed Kayla in foster care, and she’ll do anything to keep that from happening again, even if it means making sacrifices in her own life to keep her mother from falling apart.Now Marilyn has moved them to New Mexico and promised, yet again, to quit booze for good. Kayla knows better than to believe her, but something about this move does feel different. Kayla is putting down roots, earning money as a dog walker, and spending time with Remy, a 24-year-old musician. And after years of taking care of her mother, Kayla is starting to think of herself and who she wants to be. She knows for sure who she doesn’t want to be. But is she willing to do whatever it takes to create a different life for herselfeven if it means leaving her mother behind?Sharply honest and beautifully written, this powerful novel is about loving someone else enough to stay with her through anythingand loving yourself enough to let her go.
1 Vote

Kayla's mother, Marilyn, is always moving them from place to place. Even though she claims to be starting a new, better life for them every time, things don't usually change. Most of the time, she's just moving on and leaving her life in one place (and, she likes to think, mistakes there) behind. Kayla feels like the only mistake that Marilyn can't leave behind, but in New Mexico, she's starting to put down roots for herself. She's making some money with her dog-walking, she's got a new friend, Luz, and she might even have the attention of an older guy.