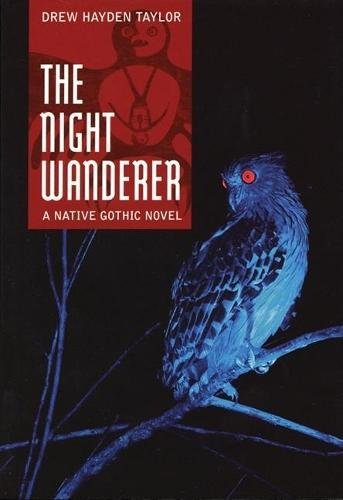 The Night Wanderer: A Native Gothic Novel
Michael Wyatt, Gabrielle Grimard, Drew Hayden Taylor
Nothing ever happens on the Otter Lake reservation. But when 16-year-old Tiffany discovers her father is renting out her room, she’s deeply upset. Sure, their guest is polite and keeps to himself, but he’s also a little creepy. Little do Tiffany, her father, or even her astute Granny Ruth suspect the truth. The mysterious Pierre L’Errant is actually a vampire, returning to his tribal home after centuries spent in Europe. But Tiffany has other things on her mind: her new boyfriend is acting weird, disputes with her father are escalating, and her estranged mother is starting a new life with somebody else. Fed up and heartsick, Tiffany threatens drastic measures and flees into the bush. There, in the midnight woods, a chilling encounter with L’Errant changes everything ... for both of them. A mesmerizing blend of Gothic thriller and modern coming-of-age novel, The Night Wanderer is unlike any other vampire story.
1 Vote

Tiffany tries to fit in with everyone in her school, but she's the only Native American around. When her boyfriend, Tony breaks up with her and blames her father as part of the reason why, Tiffany gets really mad. She's already mad at her dad for driving her mother to run away. He puts a lot of pressure on her and finally Tiffany's decided that she's had enough. What Tiffany doesn't account for is the mysterious stranger who's staying at her house.