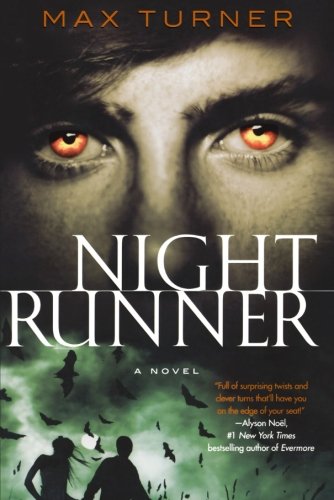 Night Runner
Max Turner
For Zack Thomson, living in the Nicholls Ward isn't so bad. After his parents died, he developed strange and severe allergies, and the mental institution was the only place where he could be properly looked after. As strange as it was, it was home. He could watch as much television as he wanted; his best friend Charlie visited him often enough; and Nurse Ophelia--the prettiest no-nonsense nurse ever--sometimes took him bowling. Of course, that didn't mean he had it easy. His allergies restricted his diet to strawberry smoothies, and being the only kid at the hospital could get lonely. But it never once crossed Zack's mind to leave...until the night someone crashed through the front doors and told him to run. Now he's on a race for answers--about his past, his parents, and his strange sickness--even as every step takes him closer to the darkest of truths.
1 Vote

At the age of fifteen, Zack lives in a special ward of an asylum not due to insanity but to allergies that make a normal existence impossible, originally misdiagnosed as psychosomatic trauma following the death of his parents. He is allergic to sunlight, and able to drink only a special mix that he believes to be a strawberry smoothie. Though he accepts this life, enjoying endless television access and the company of his troublemaking friend Charlie, a mysterious stranger in a motorcycle shatters his strange existence and catapults him into an even stranger one.