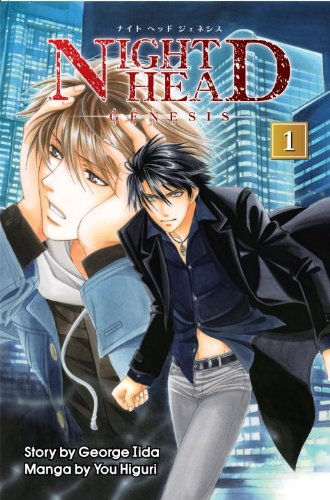 Night Head Genesis
You Higuri, George Iida
SAVE METhe world is a lonely place for Naoto and Naoya, brothers with amazing psychic powers that set them apart from humanity. Their parents cast them out–and had them imprisoned in an exploitative research center. But after they make a daring escape from the institution, Naoya has a psychic vision of an even greater threat: a deadly plague that threatens the entire world!
1 Vote

Two brothers, Naoto and Naoya, have amazing psychic powers. When they were abducted from their parents many years ago, they were taken to an institution that studied their powers. Years later, Naoya starts having visions that mirror Kamiya-sams's visions. They both see the destruction of mankind by virus. Endangering everyone is not who they thought. Kanako Kurahashi-san is the head of a lab that is developing a cure for Aids that causes mutation. After poison and death face them, they save the world. But a new threat has surfaced and they must soon fight it for their survival.