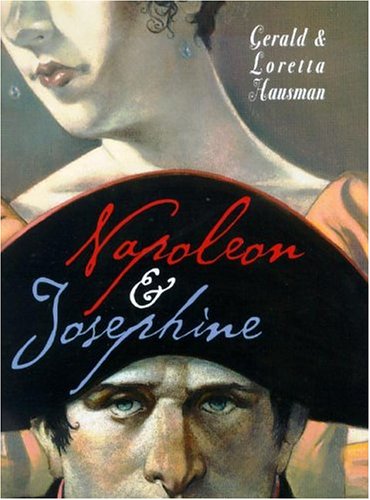 Napoleon and Josephine
Loretta Hausman, Gerald Hausman
Acclaimed authors Gerald and Loretta Hausman weave together the stories of Napoleon and Josephine and their turbulent love affair in this lavish and beautifully written novel.As Josephine grows up on the tropical island of Martinique, she dreams of moving to Paris to live a life of glamour. An arranged marriage to a French nobleman brings her to Paris, but not to the lifestyle she dreamt of. After a divorce and a terrible time during the French Revolution, she holds a party that Napoleon, the general who has grown famous after a series of military victories, attends. A tumultuous relationship develops that is filled with separations and fights and the most passionate declarations of love ever uttered.
2 Votes

This is the story of the relationship between Napoleon Bonaparte and Josephine Beauharnais. After Josephine's original husband is killed in the French revolution by the guillotine, she seeks a new husband and finds one in Napoleon. He quickly falls in love with Josephine and creates what seems at times a one sided love. Napoleon must balance being a conquerer and being a husband. Yet Josephine, on the other hand, appeared to have more trouble in the relationship even though it did not seem she had many distractions.

What's this?
Napoleon and Josephine review by WP

Napoleon and Josephine is about Rose Tascher de La Pagerie, who married Napoleon Bonaparte. Napoleon changed her name to Josephine This book covers Josephines life, from her 14th birthday until her death. The book shows many of her trials and tribulations, from marrying her first husband, Alexandre, who hated her, to being locked in the Carmelite prison and almost being executed during the French Revolution, to meeting and marrying Napoleon and being crowned his empress.