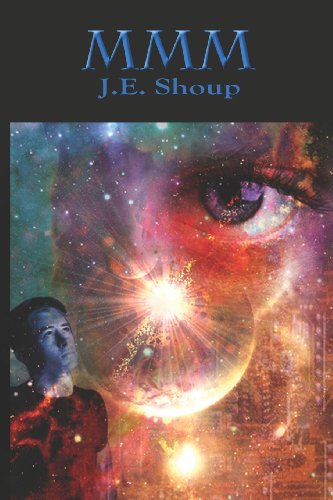 MMM
J.E. Shoup
Survival is the ultimate game… Matt's life is turned upside down when he discovers that his favorite game, Ruan3, may be a real place in a real time—the year 2813. When three high school girls are murdered, Matt is drawn ever deeper into the mystery of the serial killer at large, even as he forms a psychic connection to Sirena, the ultimate fantasy girl of Ruan3. She spirits him off to her world of violence and conflict, but unable to keep the link, Matt returns to the present day. He soon uncovers a deadly terror plot and ends up staring down the barrel of the gun. Just as Matt thinks he has escaped the most dangerous threat of his life, he must decide if he is brave enough to do the unthinkable—infiltrate an enemy camp on Ruan 3.
1 Vote

Matt Matthews is a 16 year old genius, who has no friends and is addicted to a computer game that is set on a planet called Ruan3. The game is a war between the government (also known as the Foundation) and the rebels, set in the year 2813. One morning, Matt learns that there has been a third murder of a teenage girl that school year. That night, Matt hypnotizes himself into a trance, where he sees a girl from the game, the three real murder victims, and a little girl in trouble. The next time Matt attempts self-hypnosis, he finds himself on Ruan3.