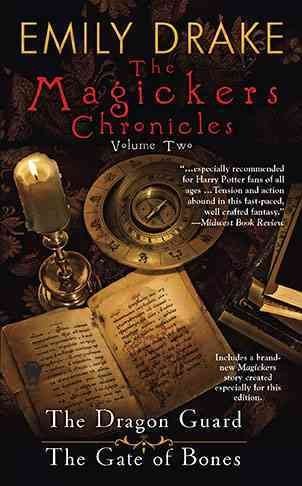 The Magickers Chronicles: Volume Two
Emily Drake
The final two novels of "The Magickers" series in a single volume The final battle between the Magickers, who believe in using magic for good, and the Dark Hand, who want to use magic only for their own ends, has begun. Now it's up to Jason Adrian and the other children with "talent" to defeat the forces of darkness.
1 Vote

Jason Adrian faces many things. First, its the normal stuff like starting high school and soccer games. Then, its the strange stuff like fighting the Dark Hand, protecting his friends, and dealing with bloodthirsty wolfjackles. As if his life wasnt hard enough, he has to find the last Gate to anchor a save haven for the Magickers. Find out what happens in The Dragon Guard and The Gate of Bones.